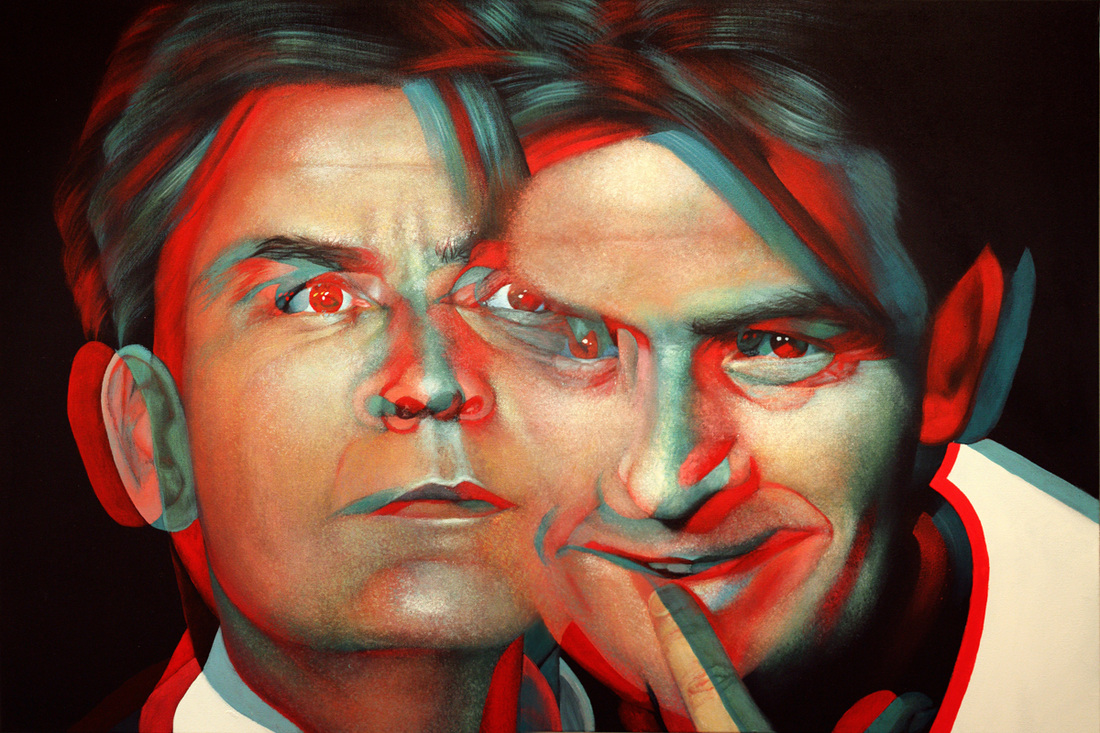 The popularity of actors Lindsay Lohan and Charlie Sheen relies on an audience's investment in both theatrical and supposedly candid performance. In Spectacular, dialogue is appropriated from film and television clips, as well as biographical documentation such as interview and trial footage. The viewer observes portraits of the actors that combine situations and characteristics of film and photojournalism. At the same time, a dialogue between the fake and the real versions of these actors addresses issues regarding performance, betrayal and truth.